After finishing high school in Brevard, I moved around for school and work and have been back in the area since 1997. My mother lives in the area, and my daughter and my two adorable granddaughters are in Fletcher. Since I was a boy, I dreamed of flying, and I had the privilege of having a fantastic career as a pilot. I retired from Delta Airlines as an MD-88 Captain in 2017.

After retiring from flying, I wanted to find a way to give back to the community that had given me so much. While volunteering as a Guardian ad Litem years earlier, I had an idea for a community-based organization that would help people who found themselves in a short-term financial crisis and couldn't find a way out. These situations often resulted in longer-term problems that were difficult to fix. WNC Superheroes went live on 01/01/18, and we've been able to increase our aid to those in crisis an average of more than 200% per year. Being of service to others is part of who I am, and I am excited to help you with your next real estate transaction.

Buying or selling your home is likely the largest financial transaction you'll make, and the process can be challenging for those not in the business. My objective is to provide you with the best information available and take care of the details of the process so you make the best decision about your next real estate transaction. I have been involved in real estate as a homeowner, investor, and building contractor. I am familiar with many communities in the area, having lived in Brevard, Hendersonville, Fletcher and downtown Asheville while currently residing in south Asheville. I am also familiar with the charms and challenges of the older homes in neighborhoods like West Asheville and Montford. In my previous career as an airline pilot, I had to focus on the details while keeping the big picture in mind, and I can bring that same skill set to your next real estate transaction. My focus is on bringing you professional and personal service to providing you with the best experience possible. 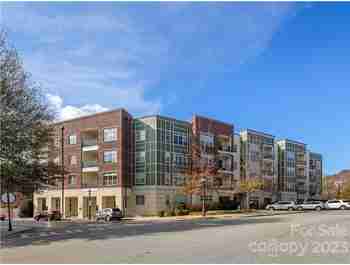 Welcome to 42 Schenck Parkway Ste 303. Walk to dinner or a movie and enjoy all the convenience of Biltmore Town Square. The one-bedroom units do not ...

Is there a best time of the year to buy a house?

When it comes to buying a home, there are pros and cons for each season. Generally, the best season to buy a home is in late summer or fall. There are still plenty of homes for sale, but without the intense competition found during spring. Sellers are also known for being a bit more flexible this time of the year. Zillow reports that the highest number of listings with at least one price reduction are found August–September. However, the deeper buyers venture into fall, the less choice is available. If you value choice, and you want more buyers competing for the home you are leaving, spring could be your best season. Ultimately, the best time to buy a home is when you’re financially ready to do so.

Ask Me a Question

Beverly Hanks strives to provide all of our online visitors with an enjoyable website experience. To that end, we are actively working to improve website accessibility for all of our members and guests with disabilities. If you are experiencing any trouble navigating, viewing, or otherwise accessing content appearing on these pages, please do not hesitate to contact our Beverly Hanks website administrator at 866-985-0327 or [email protected] Our goal at Beverly Hanks is to ensure that you have access to the tools and resources you need. If you require any of our website content in an alternate format, please let us know, and we will do everything within our means to provide it to you.