Ten miles northeast of Weaverville is the bucolic community of Barnardsville, set amidst rolling hills, pastures and mountain farms. Like Weaverville, it's home to both folks who enjoy a relaxed environment and a substantial number of professional artists.

Barnardsville was once a town, but the residents decided to go unincorporated in 1970. As it shed its municipal government, it found other ways to build community connections.

A local association coalesced and founded the Big Ivy Community Center, which has evolved into a vibrant hub of activity. The center hosts a library, preschool and swimming pool, and provides space for an array of gatherings, events and services, including a pre-school, after-school programs, a community library, a book club, senior lunches, bingo bouts, computer classes, and yoga and zumba sessions. The space is also available for rent, and is used for workshops, reunions, birthday parties, weddings and other special events. Every October, the center hosts Mountain Heritage Day, featuring local cuisine, crafts, music and exhibitions on traditional mountain living.

The center's grounds are also home to the Big Ivy Historical Park, which is dedicated to preserving local heritage. The centerpiece of the park is the pre-Civil War cabin of Henry Carson, grandson of the community's founding family, the Dillinghams. There's also a replica of a one-room schoolhouse that was built in the 1890s.

Barnardsville is in a part of Buncombe that's full of farms, so fresh, local food is literally a part of the landscape. There are several community-supported agriculture options, and weekly farmer's markets at the Old Barnardsville Fire Station, so residents often buy their produce from their neighbors. 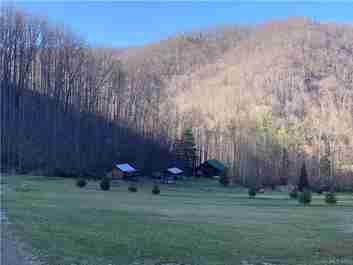 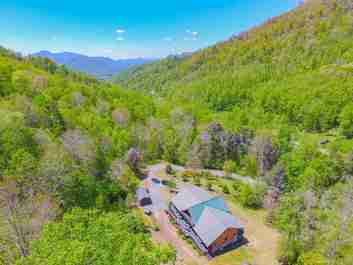 Welcome to your Mountain Retreat! No expense spared on this gorgeous custom cypress log home situated on 45+ acres. Home boasts many custom features ... 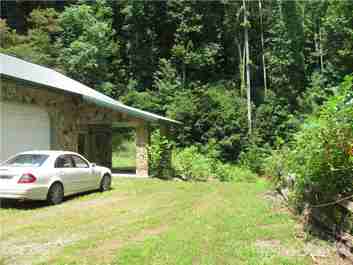 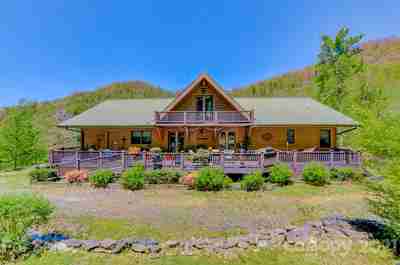 Welcome to your Mountain Retreat! No expense spared on this gorgeous custom cypress log home situated on 36+ acres. Home boasts many custom features ... 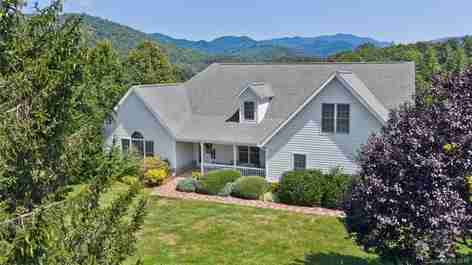 Enjoy driving through farmland and pastures as you wind your way up to this comfy home on a level lot with views of the sunrise and sunsets. So man ... 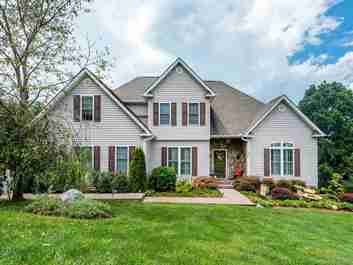 This well-maintained 4 bed/3.5 home is located in coveted Horseshoe Ridge and is awash with natural light. Enjoy main level living with the vaulted- ...

Welcome to your Mountain Retreat! No expense spared on this gorgeous custom cypress log home situated on 45+ acres. Home boasts many custom features ...

Welcome to your Mountain Retreat! No expense spared on this gorgeous custom cypress log home situated on 36+ acres. Home boasts many custom features ...

Enjoy driving through farmland and pastures as you wind your way up to this comfy home on a level lot with views of the sunrise and sunsets. So man ...

This well-maintained 4 bed/3.5 home is located in coveted Horseshoe Ridge and is awash with natural light. Enjoy main level living with the vaulted- ... Medians for Homes in Barnardsville

Medians for Lots in Barnardsville

Medians for Multi-Family Homes in Barnardsville

Under Contract Homes in Barnardsville

Under Contract Lots in Barnardsville

Under Contract Multi-Family Homes in Barnardsville

Sold Homes in Barnardsville in the past year

Sold Lots in Barnardsville in the past year

Sold Multi-Family Homes in Barnardsville in the past year

The average asking price for Barnardsville is currently $Unknown. The median asking price is $Unknown. To get more details about this community take a tour of our Market Research Center