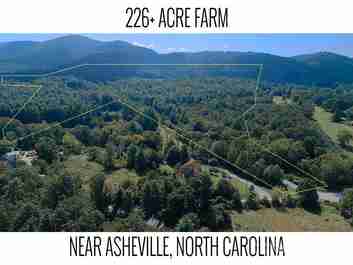 Own a true mountain getaway in the heart of the Asheville area. This 200+ acre farm has it all. Idyllic long & short-range mountain views, ultra-pri ...

Known nationally as a destination for outdoor enthusiasts and unique events, the REEB Ranch is a landmark in Western North Carolina. Focused around ... 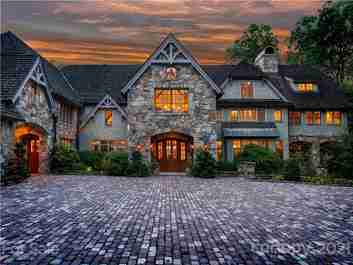 For the most discriminating buyer. Impeccable craftsmanship, luxurious appointments with expansive living spaces. No expense was spared in creating ... 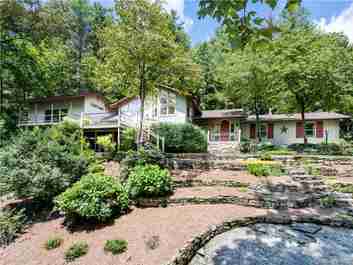 Live on your own private 133 acre playground situated above a rushing stream with natural waterfalls and pools that can be heard from every room in ... 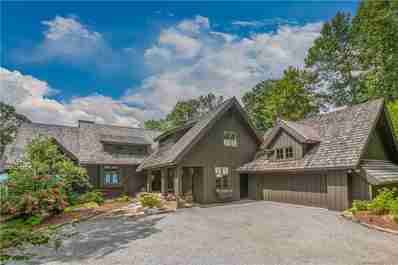 This extraordinary mountain estate is located on 2.3 very private acres with an incredible, multi-layered Blue Ridge Mountains backdrop. It has amaz ... 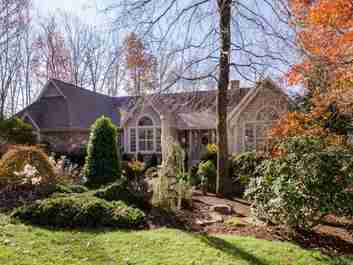 The current owners of this one-of-a-kind Champion Hills property have spared no expense in their complete and thorough renovation of this home, crea ...

With a diverse population of people from all walks of life, Henderson County opens up opportunities for residents and visitors alike. Whether you are young, have children, or are ready for retirement, Henderson County is the perfect location for enjoying life.

From luxury homes in premier golf communities to homes within walking distance of revitalizing downtowns, homes in Henderson County are in high demand. It’s easy to find the best home and neighborhood to match your chosen lifestyle.

HENDERSON COUNTY REAL ESTATE IS ALL ABOUT LOCATION:

Henderson County is located about south of Buncombe County (and Asheville, NC). Henderson County schools (elementary, middle, and high school) and Blue Ridge Community College serve area residents. Pardee Hospital is the nearest source for medical care, which is managed by UNC Health Care and is the first and only hospital in North Carolina to be accredited with the International Organization for Standardization for quality health care standards. The Blue Ridge Parkway, a sightseer's and cyclist's haven, is within a short drive, as is Pisgah National Forest.

Henderson County tax rates are per $100 of assessed valuation.

Henderson County is a collection of active, historic, and growing communities. Read about recent news, events, and real estate market updates for the area on the Beverly-Hanks real estate blog.

Own a true mountain getaway in the heart of the Asheville area. This 200+ acre farm has it all. Idyllic long & short-range mountain views, ultra-pri ...

Known nationally as a destination for outdoor enthusiasts and unique events, the REEB Ranch is a landmark in Western North Carolina. Focused around ...

For the most discriminating buyer. Impeccable craftsmanship, luxurious appointments with expansive living spaces. No expense was spared in creating ...

Live on your own private 133 acre playground situated above a rushing stream with natural waterfalls and pools that can be heard from every room in ...

This extraordinary mountain estate is located on 2.3 very private acres with an incredible, multi-layered Blue Ridge Mountains backdrop. It has amaz ...

The current owners of this one-of-a-kind Champion Hills property have spared no expense in their complete and thorough renovation of this home, crea ...

Henderson County has the Perfect Climate for Apples—and You!

Henderson County is located in North Carolina's mountain region, but is characterized by an extensive plateau along the French Broad and Mills River valleys. The lowest point in the county sits at approximately 1,200 feet (along the Rocky Broad River) and the high point is located on Young Pisgah Mountain at approximately 5,200 feet.

The terrain and climate have traditionally been a haven for apples, the traditional agricultural crop in Henderson County, especially since World War II. Today, the crop is being superseded by land development for housing and light industrial use. However, the tradition of honoring the local apple industry persists in the county's annual Apple Festival. The festival is held each year around Labor Day and culminates in the "King Apple Parade" attended by tens of thousands of spectators.

Henderson County currently has five incorporated towns/cities: Flat Rock, Fletcher, Hendersonville, Laurel Park, and Mills River. Of these, only Hendersonville, the county seat, possesses the typical characteristics of a dense urban center with a significant population.

Hendersonville, long known for its historic charms, is blooming into the future. The town (population 12,000) is the largest in Henderson County and is the county seat. In recent years, it has revitalized its local business scene and advanced its reputation as a place that offers something for just about everyone. Distinguished by an almost perfect climate, beautiful surroundings, and recreational variety, Hendersonville has attracted hundreds of families.

Flat Rock is sometimes called "The Little Charleston of the Mountains" The area was a 19th century oasis frequented by affluent plantation owners from the South Carolina Lowcountry. Today, Flat Rock remains as charming as ever, with art studios and unique specialty shops. The Carl Sandburg Home and Flat Rock Playhouse continue to attract culturally minded individuals. The entire district is on the National Register of Historic Places.

Located in Henderson County between Asheville and Hendersonville, Fletcher is a small town that enjoys close proximity to some of Western North Carolina's biggest attractions, businesses, and natural wonders. Fletcher is growing at a steady and smooth pace, with its current population of 7,400 more than double what it was 20 years ago. In addition to ready access to nearby Interstate 26, residents are just minutes away from Asheville Regional Airport.

Laurel Park is a premier residential, retirement, and vacation area featuring spectacular views of the mountains above and valleys below. One of the most popular attractions is Jump Off Rock, a scenic overlook that offers a panoramic view of the Blue Ridge Mountains and Pisgah National Forest. With a population of over 2,300, Laurel Park’s vision is to preserve and enhance its unique quality of life to make it your residential and small business community of choice.

The town of Mills River is located in western Henderson County near Etowah and Fletcher. Dating back to the late 18th century, many of the town's current residents are direct descendants of the original landowners. Now home to about 6,000 people, Mills River is the second largest town in the county. Locals enjoy the Mills River Recreational Area, a popular destination for hikers, fishermen, and mountain bikers.

Henderson County is a collection of active, historic, and growing communities. Read about recent news, events, and real estate market updates for the area on the Beverly-Hanks real estate blog. Medians for Homes in Henderson

Medians for Lots in Henderson

Medians for Multi-Family Homes in Henderson

Under Contract Homes in Henderson

Under Contract Lots in Henderson

Under Contract Multi-Family Homes in Henderson

Sold Homes in Henderson in the past year

Sold Lots in Henderson in the past year

Sold Multi-Family Homes in Henderson in the past year

The average asking price for Henderson County is currently $Unknown. The median asking price is $Unknown. To get more details about this community take a tour of our Market Research Center