Find houses for sale in Mars Hill, NC from Beverly-Hanks, REALTORS®. Our real estate agents are experts in the community. In addition to local expertise, all Beverly-Hanks, REALTORS® are backed by an outstanding support staff and committed to the highest standards of customer service. Find a home for sale in Mars Hill that’s right for you. Continue browsing this page to see all Mars Hill, NC real estate listings. 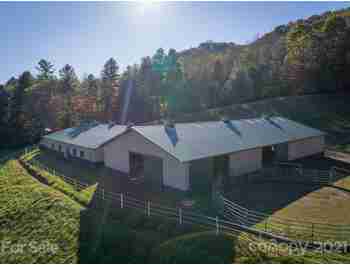 Spectacular ranch or equestrian property! Experience breathtaking vistas as you ride, train and board your horse! Above the barn sits a cozy home wi ... 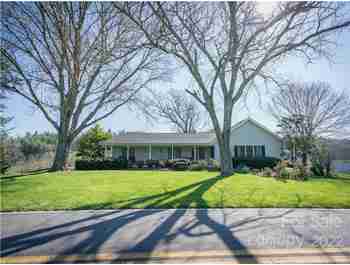 Quaint country charm in this cozy spacious home offering you the convenience of being only 20 minutes to downtown Asheville and the peace of mind th ...

HIGHEST AND BEST OFFERS REQUESTED BY 5:00 PM, SUNDAY, SEPTEMBER 5TH. Do you want to be hidden away above the clouds in the mountains of Western NC ... 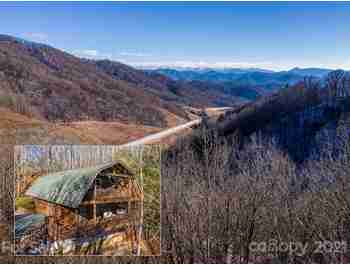 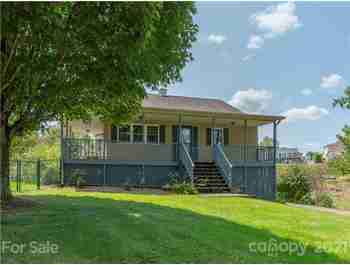 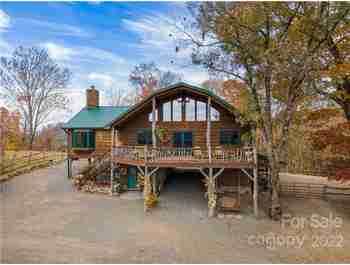 Whether you are looking for a family retreat, a horse farm, a business venture with glamping or vacation stays in mind, or an off-grid escape, this ...

Located in a mostly rural, exceedingly picturesque part of Madison County , there are 1,800 residents within the town limits, and 11,000 within a 5-mile radius of downtown. Mars Hill sits close to Interstate 26, offering quick access to Asheville, which is 15 miles south. The state's border with Tennessee is just 11 miles north.


Find the homes in Mars Hill that allow you to Live Abundantly in WNC. Click below to search Mars Hill real estate for your ideal listings.

Spectacular ranch or equestrian property! Experience breathtaking vistas as you ride, train and board your horse! Above the barn sits a cozy home wi ...

Quaint country charm in this cozy spacious home offering you the convenience of being only 20 minutes to downtown Asheville and the peace of mind th ...

HIGHEST AND BEST OFFERS REQUESTED BY 5:00 PM, SUNDAY, SEPTEMBER 5TH. Do you want to be hidden away above the clouds in the mountains of Western NC ...

Whether you are looking for a family retreat, a horse farm, a business venture with glamping or vacation stays in mind, or an off-grid escape, this ...

The largest local institution, Mars Hill College, contributes much to the character of the town. A private liberal arts school with an enrollment of 1,200 students, the college is affiliated with two Baptist institutions. It was founded in 1856, making it one of the oldest educational facilities in Western North Carolina.

The college's artistic and cultural offerings are considerable. The Rural Life Museum preserves and presents artifacts of traditional Appalachian communities, and the Weizenblatt Art Gallery shares both visiting exhibitions and student and staff works. The 1,800 seat Moore Auditorium hosts frequent concerts and other performances.

The Southern Appalachian Repertory Theatre, founded in 1975, has become one of the region's top theater draws. The focus of its work is a summer season of five distinct productions, ranging from musicals to dramas to comedies, along with plays that highlight aspects of mountain heritage. The performances take place in one of the most historic buildings on campus, Owens Theatre, which also features student- and staff-written productions.

In 2010, Mars Hill College spearheaded a partnership of local groups to promote a unique and overlooked part of the town's history, the Anderson Rosenwald School, which served the county's black elementary students from 1930 to 1965. Long in disrepair, the school is now being refurbished as a community center.

The college has also developed some renowned athletic programs. Its men's cross country team has won many a title, and in 2011, the cycling team won the NCAA Division II national championship. Its indoor swimming pool is open to the public (for a small fee) during select, regularly scheduled hours each week, and the recently installed Disc Golf Sanctuary is open as well. The course, noted for its natural beauty and sloping design, traverses a mile-and-a-half circle around part of campus.

Mars Hill Recreation Park, which is operated by the town, offers more options for exercise, with tennis courts, a ball field, basketball courts, a playground and a public outdoor swimming pool that's open in the summer. And the privately owned, well-stocked Rainbow's End Trout Pond is a favorite among local anglers.

Come winter, nearby Wolf Ridge Ski Resort is open for business. One of North Carolina's top-rated slopes, Wolf Ridge welcomes visitors of any skill level. The resort recently expanded its operations, and now offers 82 acres of terrain for skiers and snowboarders.

The area around Mars Hill is rich with other outdoor opportunities, including nearby stretches of the Appalachian Trail, numerous other trails in the Pisgah National Forest, and the fishing- and paddling-friendly French Broad River.

The mountains around Mars Hill are also filled with music. The town's most famous native was the late Bascom Lamar Lunsford, also known as the "Minstrel of the Appalachians." Born in 1882, Lunsford was a folklorist and performer who spent decades collecting mountain stories and songs. To celebrate and continue his legacy, each October, Mars Hill College hosts the Bascom Lamar Lunsford Festival. The event features mountain music concerts, "picking circles" where anyone with a fiddle, guitar or banjo can join in to swap songs, dancing, storytelling and traditional crafting demonstrations.

From June through August, the town stages the Mars Hill Music & More Summer Series, a free monthly event that brings folks out for music and dancing. Throughout the year, the Ebbs Chapel Performing Arts Center's 250-seat theater hosts musical performances ranging from the classical to the traditional.

Most commerce in Mars Hill is relatively small-scale, independent and local. The Mars Hill Merchants Coalition helps tout the benefits of shopping locally, which are amply demonstrated at the Madison County Farmers Market. Open Saturdays from April through October, the market features a cornucopia of locally grown fruits and vegetables, along with handmade preserves and mountain crafts. Medians for Homes in Mars Hill

Medians for Lots in Mars Hill

Under Contract Homes in Mars Hill

Under Contract Lots in Mars Hill

Sold Homes in Mars Hill in the past year

Sold Lots in Mars Hill in the past year

Sold Multi-Family Homes in Mars Hill in the past year

The average asking price for Mars Hill is currently $Unknown. The median asking price is $Unknown. To get more details about this community take a tour of our Market Research Center