Homes for Sale in Marshall, NC

Find houses for sale in Marshall, NC from Beverly-Hanks, REALTORS®. We have a nearby office on Merrimon Avenue in North Asheville and our real estate agents are experts in the community. In addition to local expertise, all Beverly-Hanks, REALTORS® are backed by an outstanding support staff and committed to the highest standards of customer service. Find a home for sale in Marshall that’s right for you. Continue browsing this page to see all Marshall, NC real estate listings. 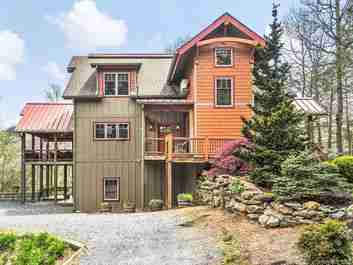 Gorgeous true timber frame mountain home by Moss Creek with stunning views of the mountains & the river below! Enter this mountain community alongsi ... 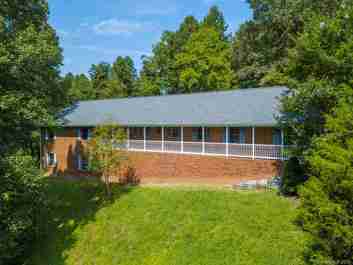 This is Large Full Brick Ranch in a beautiful mountain top location. Views. Garage and Master on Main Level. The other 2 large bedrooms on main leve ... 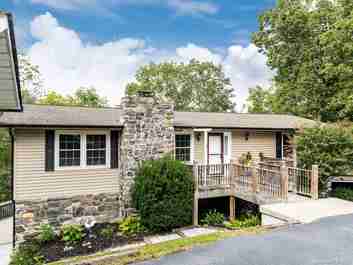 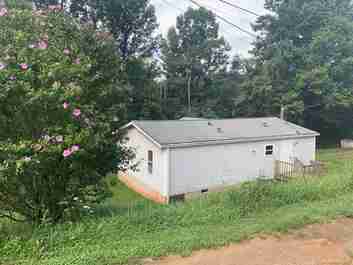 1995 manufactured doublewide on .60 acres. This home has been smoked in and is being sold 'as is' for cash only. No septic records on file. Owner li ... 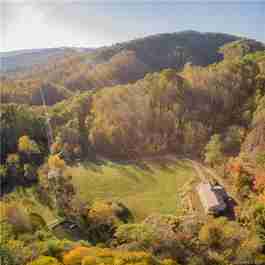 Hard to find large acreage parcel in such a beautiful private setting within 10 minutes to Downtown Marshall and 30 minutes to Asheville. 129.7 acr ... 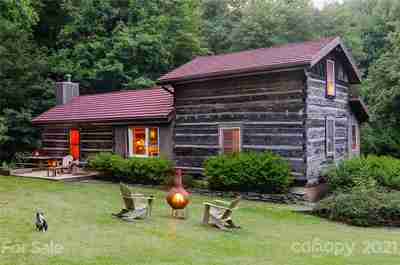 Step away and step into a magical and simpler time. Amazing historic hand-hewn log cabin tucked away on 103 acres adjoining National Forest. Many ar ...

A small Madison County town, Marshall has made the most of riverside living.

Marshall, population 800, is the Madison County seat and sits on the banks of the French Broad River some 20 miles north of Asheville. The area is rich with local history, as it was a key way station on the Buncombe Turnpike, an early trading route that ran from Tennessee though Western North Carolina to South Carolina.

Find the homes in Marshall that allow you to Live Abundantly in WNC. Click below to search Marshall real estate for your ideal listings.

MARSHALL REAL ESTATE IS ALL ABOUT LOCATION:

Marshall is located in the heart of Madison County, several minutes from Interstate 26. The Madison County branch of A-B Tech is located nearby, as are city and county schools (elementary, middle, and high school). Access to state-of-the-art medical facilities are available in nearby Asheville, including Mission Hospital, the largest in the region. The Cherokee National Forest is just minutes north and west.

Madison County (pop. 21,000) is located deep in the Appalachian Mountains of Western North Carolina, and much of the county's terrain is rugged, heavily forested, and sparsely populated. The county's northern border is with the state of Tennessee. Madison County's largest river is the French Broad River, which flows north-northwest through the county, first past the county seat of Marshall, then past the resort town of Hot Springs.

Marshall residents pay property taxes based on their location, as totaled below. Tax rates are per $100 of assessed valuation.

Marshall is a small, but vibrant community. Read about recent news, events, and real estate market updates for the area on the Beverly-Hanks real estate blog.

Gorgeous true timber frame mountain home by Moss Creek with stunning views of the mountains & the river below! Enter this mountain community alongsi ...

This is Large Full Brick Ranch in a beautiful mountain top location. Views. Garage and Master on Main Level. The other 2 large bedrooms on main leve ...

1995 manufactured doublewide on .60 acres. This home has been smoked in and is being sold 'as is' for cash only. No septic records on file. Owner li ...

Hard to find large acreage parcel in such a beautiful private setting within 10 minutes to Downtown Marshall and 30 minutes to Asheville. 129.7 acr ...

Step away and step into a magical and simpler time. Amazing historic hand-hewn log cabin tucked away on 103 acres adjoining National Forest. Many ar ...

Marshall Makes the Most of Riverside Living!

Marshall's Main Street offers signs of the town's unique blend of old and the new. There's a bookstore and numerous cafes, galleries, antique shops, and eateries. Hovering above it all is the historic, cupola-domed county courthouse, which was built in 1906 and designed by the famed Biltmore Estate architect Richard Sharp Smith.

Marshall is an enclave of artists that's in the midst of a renaissance. There are dozens of local galleries and studios, including the epicenter of local arts: Marshall High Studios, a former high school on Blannahassett Island in the middle of the river that's connected to downtown by a bridge. The building, which dates to 1925, was renovated and reopened in 2007 as a home for 28 artist studios. In addition to hosting working artists who specialize in numerous different media, the 28,000-square-foot facility hosts regular classes, exhibitions, and performances.

One Main Street mainstay is The Depot, an old-timey general store. It's a great community shopping spot that doubles as a performance venue on Friday nights, when local musicians strike up a soundtrack of traditional bluegrass and country music. Music can also be heard at the town's regular French Broad Fridays, a series of free outdoor concerts.

A couple of blocks away is the volunteer-run French Broad Institute (Of Time and The River). "The FBI," which was opened in 2007 in a former Methodist church built in 1912, served the community "by providing a forum for curated collaborations, multidisciplinary performances," and "an investigative think tank for reimagining the relationship between traditional and avant-garde arts, and between the time-based arts and the natural sciences."

Another of Marshall's unconventional centers is the Prama Institute, a nonprofit holistic retreat just a mile from downtown. Founded in 2005, the institute hosts workshops, seminars, yoga classes, spiritual gatherings, and other events. On the near horizon, it plans to expand into an eco-village with an organic farm.

Marshall is a small, but vibrant community. Read about recent news, events, and real estate market updates for the area on the Beverly-Hanks real estate blog. Medians for Homes in Marshall

Medians for Lots in Marshall

Medians for Multi-Family Homes in Marshall

Under Contract Homes in Marshall

Under Contract Lots in Marshall

Under Contract Multi-Family Homes in Marshall

Sold Homes in Marshall in the past year

Sold Lots in Marshall in the past year

Sold Multi-Family Homes in Marshall in the past year

The average asking price for Marshall is currently $Unknown. The median asking price is $Unknown. To get more details about this community take a tour of our Market Research Center